ELEVATOR was ITI’s Resource Sharing initiative in association with Town Hall Theatre Galway which ran from 2017-2019 This East/West partnership, funded by the Arts Council, provided mentoring, strategic planning, exchange and training opportunities for emerging producers and was supported by administrative and infrastructural resources. Participants were provided with a stipend to allow them to see work by other artists and engage with networks in the partner city.

ELEVATOR was a catalyst for producers to develop their expertise, skills and networks at a crucial point in their careers. The emphasis was on collaboration, mentorship, networking, up-skilling and touring. Through an open call and application process, ITI recruited mentee producers, each of whom had existing relationships with artists/companies or existing projects to participate in the scheme.

For a full list of ELEVATOR Producers please see the Alumni page. 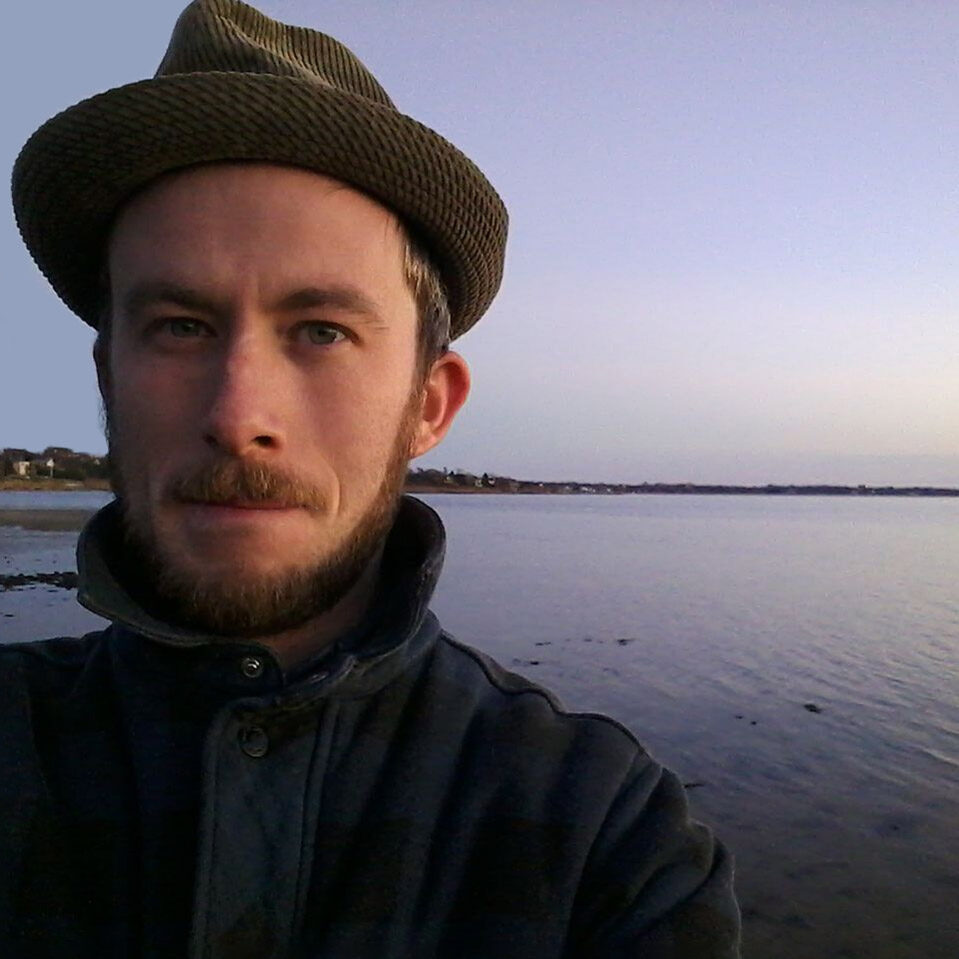 Félim is currently working as production manager  Baoite , written and directed by Darach Mac Con Iomaire, a co-production between An Taibhdhearc and the Abbey Theatre premiering in July 2018 in association with Galway International Arts Festival. He is also a founding member of WestWorks Theatre Company. 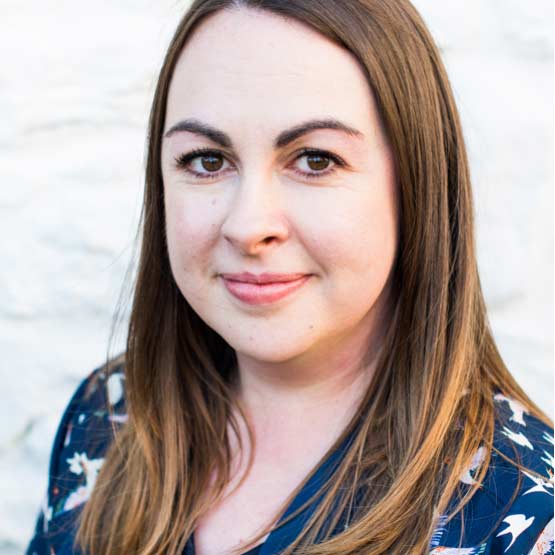 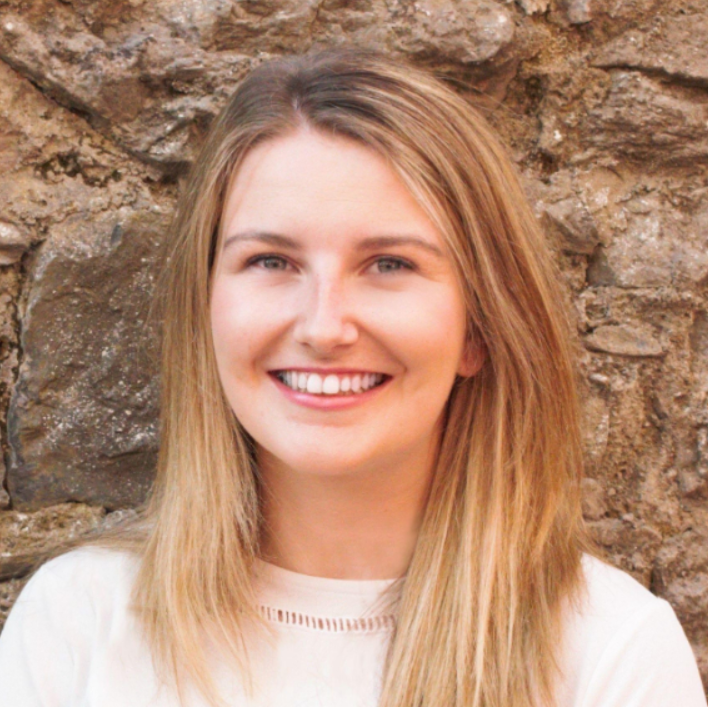 Kate is an associate producer with Branar Téatar do Pháistí. She is also working with…

Kate is an associate producer with Branar Téatar do Pháistí. She is also working with emerging Theatre Company, A Little Door. Kate graduated from N.U.I, Galway’s B.A Connect with Theatre and Performance in 2016. 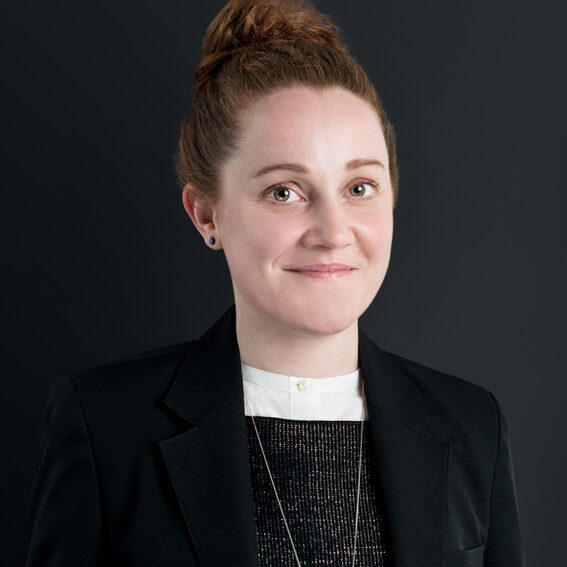 Síomha is the venue manager at The Mick Lally Theatre where she was the in-house producer for the premiere of  Radio Rosario  written and performed by Little John Nee, the Branar Season and Druid Sessions. She was the production manager of the inaugaral Drop Everything Festival and produced a series of events for Bia Bo Finne Food Festival. 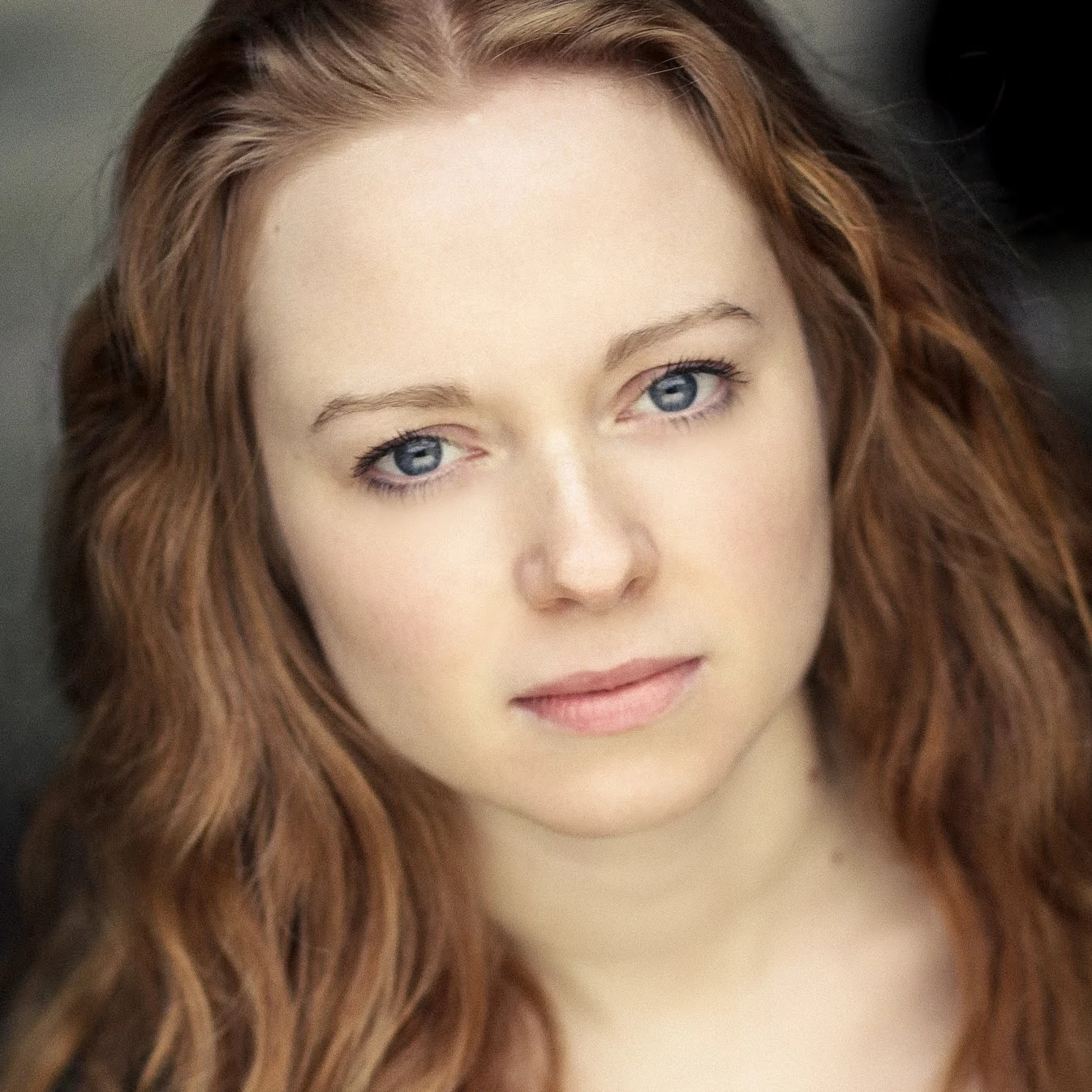 Originally from Scotland, Jo trained as an actor at the Royal Scottish Academy of Music…

Originally from Scotland, Jo trained as an actor at the Royal Scottish Academy of Music and Drama (now Royal Conservatoire of Scotland), graduating in 2005. Jo worked as an actor on stage and screen in Ireland and the UK for 10 years, during which time she was a founding member of Galway-based Moonfish Theatre company. Jo performed in several productions with Moonfish before becoming their producer in 2015. She has produced a national tour of stage adaption of Joseph O’Connor’s novel, Star of the Sea. She then oversaw their year as Theatre Artists in Residence at The Riverbank Arts Centre. During this time, she produced Memory Paths, an immersive theatre piece for children. It was performed at the Riverbank and Baboró International Arts Festival for Children and will tour to Bath Theatre Royal in 2017. Currently Jo is working on international tour of Star of the Sea, taking place this coming September/October. 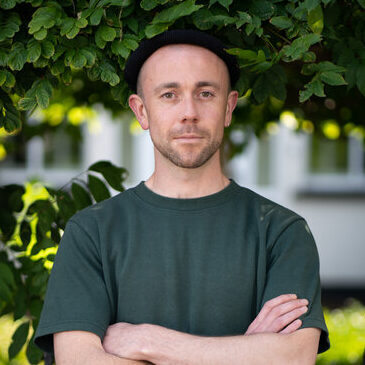 Hugh is a freelance producer and dramaturg operating between Dublin and New York. Recent producing… 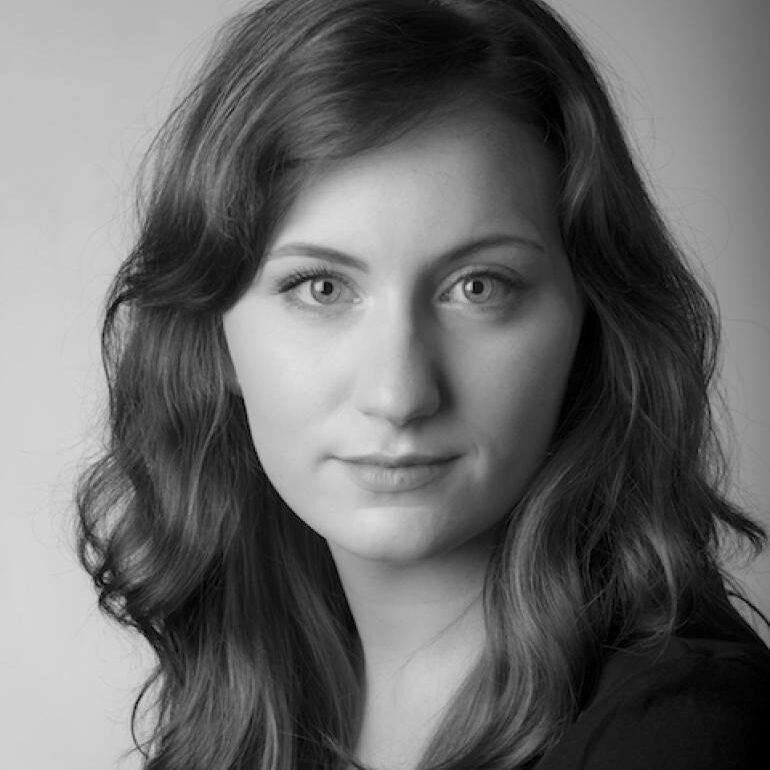 Neasa is a playwright and producer from Ballaghaderreen, Co. Roscommon, currently based in Galway. She…

Neasa is a playwright and producer from Ballaghaderreen, Co. Roscommon, currently based in Galway. She holds a BA in English, Classics and Creative Writing from NUI Galway, an MPhil in Irish Writing from Trinity College, Dublin, and an MRes in Playwriting Studies from the University of Birmingham. In the past she has produced work at the Absolut Dublin Fringe Festival, for the Playback Company, and for JOLT Theatre among others. In 2015-16, she was a Resident Writer at Theatre503 in London, a Writer-on-Attachment at the Oxford Playhouse, and a Writer-in-Residence at the North Wall Arts Centre, Oxford. She is currently a participant on the Smock Generator Creative Producer Training Programme, and is producing four new work-in-progress pieces for the Scene + Heard Festival at Smock Alley Theatre in February. 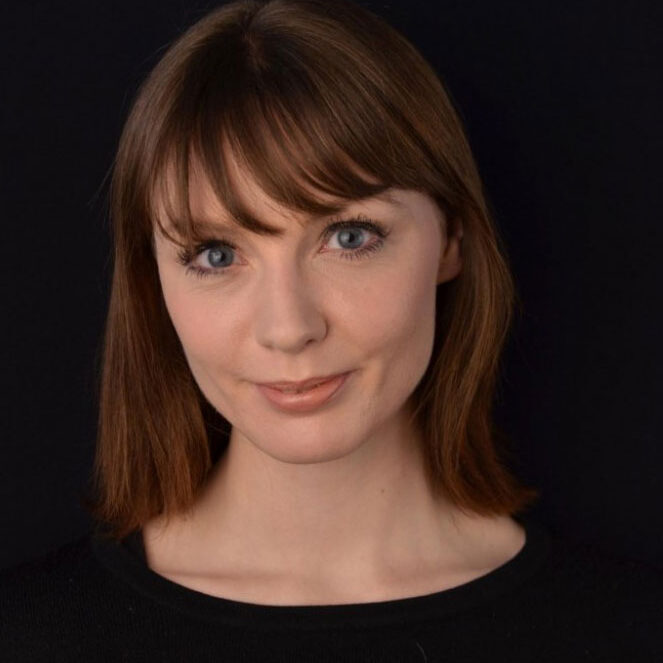 Sarah originally trained as an actor at Galway Youth Theatre and the Gaiety School of Acting, Dublin, and as a theatre director at Middlesex University, London. As part of her MA at Middlesex, she spent time training in Michael Chekhov at the Russian Academy of Theatre Arts in Moscow (GITIS) and in Theatre of the East at ISI, Denpasar in Bali. In 2010, she completed further training in the Chekhov technique with MICHA, and is halfway through a PhD at the Centre for Drama, Theatre and Performance at NUI, Galway. She has worked professionally as an actor, director and playwright in Galway, Dublin, London and Glasgow and has taught acting, directing and playwriting at Galway Actors Workshop since 2008 and NUI Galway since 2009. Besides having produced and directed many shows for her students over the years, she is also artistic director of Galway-based Anam Theatre which was founded in 2009 and for which she has produced The Yalta Game (2009), Onegin (2010), Closer (2013), Low Level Panic (2013 and 2014, National Tour), Outpost (2015). 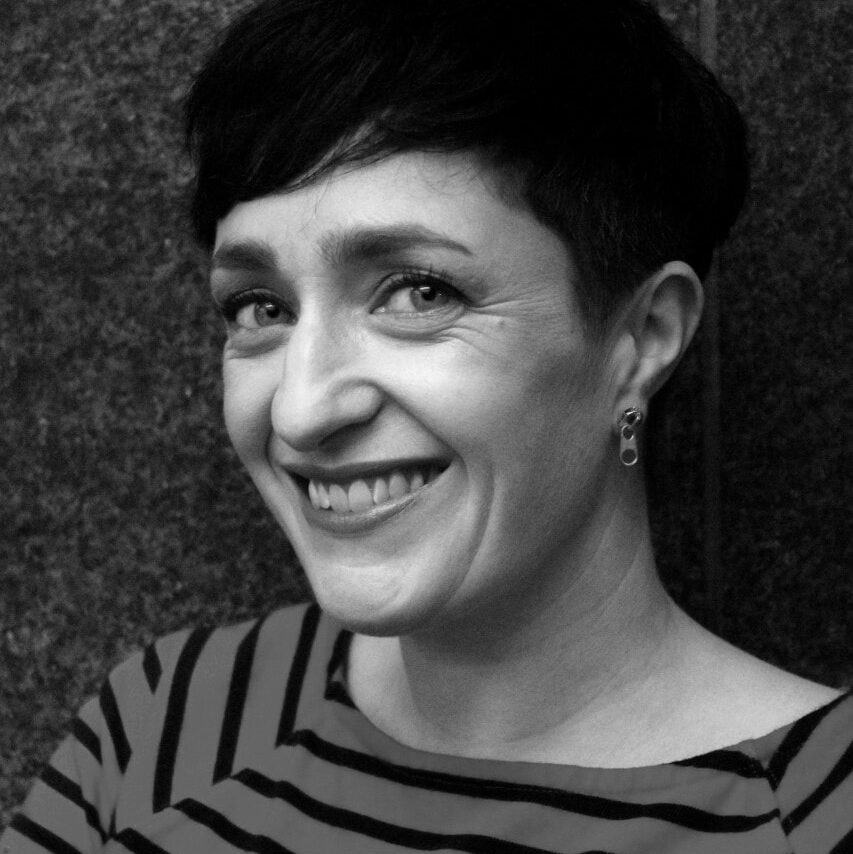 Michelle is a creative producer, arts administrator and performer based in Dublin. Credits as a…

Michelle is a creative producer, arts administrator and performer based in Dublin. Credits as a producer for theatre include Enthroned by Jenny Macdonald (New York International Fringe Festival, First Fortnight) TURF for Rowan Tolley Company (Galway Theatre Festival, Cruthú Arts Festival) and Charolais by Noni Stapleton (Tiger Dublin Fringe 2014). Michelle is a founding member of HAVOC for which she produced Oil & Water – A collection of hybrid dance works at RUA RED South Dublin Arts Centre, directed by Cathy Coughlan, and the dance-film OUT-SIDE-IN (LIGHT MOVES Festival of Screen Dance, REWIND Film Festival). Michelle is the programme co-ordinator at Shawbrook Dance in Longford. Michelle is a graduate of Trinity LABAN, London. For over ten years she has designed and facilitated participatory dance projects for a number of Local Authorities and National Agencies in Ireland. 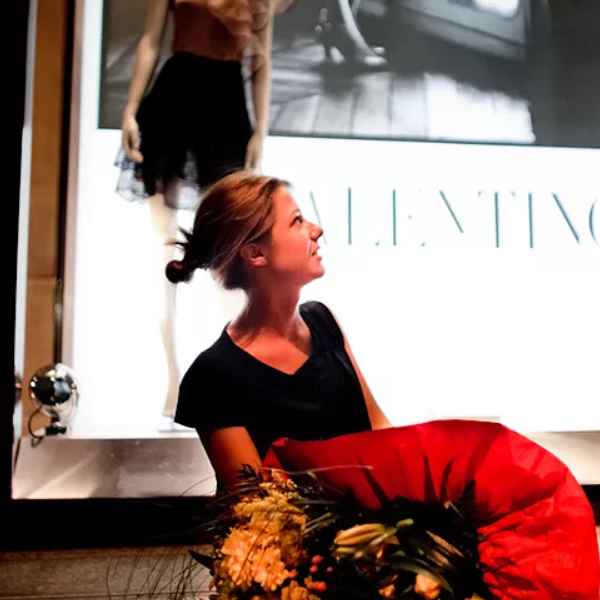