SYMPOSIUM: What is Play? 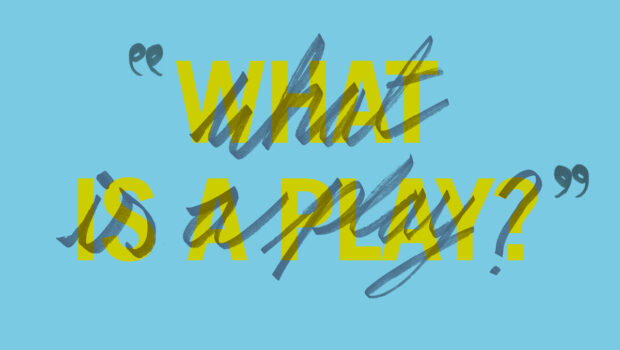 Irish Theatre Institute (ITI) presents ‘What is a Play?’- an online symposium celebrating the 20th Anniversary of PLAYOGRAPHYIreland.

ITI invites you to our online Symposium ‘What is a Play?’ Join us across two mornings celebrating and interrogating the art, craft and business of playwriting, built around the central provocation ‘What is a Play?’

Join us for a series of panel discussions, and a special keynote from leading contemporary playwright Mark Ravenhill, entitled: “A playwright is simply a maker or builder of plays.”

Talks will range in topic from: Irish non-verbal theatre in a historically literary tradition; the role of the creative team in bringing new writing to the stage; and the importance of documentation in an increasingly digital landscape.

ITI commissioned six responses from playwrights and theatre makers to the provocation ‘What is a Play?’: Veronica Coburn, Rosemary Jenkinson, Thomas Kilroy, Phillip McMahon, Zoe Ní Riordáin and Martin Sharry. These essays are the building blocks of the keynote and panel discussions. In advance of the event, you will receive the digital publication as a companion to the symposium.