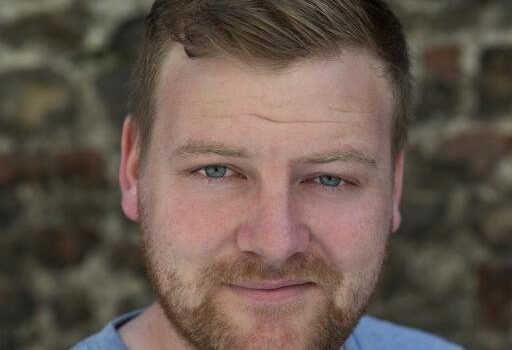 About this year’s submissions and recipient Dr Pat Donlon said “in a year with very little to celebrate, it is wonderful to end the year on a high. Both the quantity and quality of application for this award have risen, making the panel’s task almost impossible. However, among the many shining stars, the brightest was Stephen Jones, the playwright who brings a searing honesty and humility to his writing.”

Upon being selected Stephen said: “It is a great honour for me to be named this year’s recipient of the Phelim Donlon Bursary. When artists are supported financially, when they are provided with time and space in which to work, they are gifted a big opportunity. The opportunity to change lives. Because that’s what art can do. My life changed the day I walked into a creative writing group for teenagers in Tallaght library nearly twenty years ago. Despite being an experienced professional in the arts today, there are often times when I still feel like that fifteen year old kid, standing up in a small room in the library, insecure and nervous about reading his first short story out loud in front of people. It’s important to hear others say, ‘you’re on the right path… keep going.’ The encouragement this bursary gives me as a playwright is immeasurable. I want to say a massive thank you to Irish Theatre Institute, the Tyrone Guthrie Centre and Phelim Donlon’s family.”

Siobhán Bourke, Co-Director of Irish Theatre Institute said: “On behalf of ITI I would like to congratulate Stephen on being the sixth recipient of the Phelim Donlon Bursary joining a very distinguished band of previous recipients. We believe the combination of a two-week residency in Annaghmakerrig and a small bursary will enable Stephen to develop his writing practice and create more exciting new work. Phelim was much admired by artists and arts workers and this award in his name is a sectoral expression of our appreciation of his contribution to Irish theatre. ITI is very grateful to the private donors who enable this award and to The Arts Council for their continued support of ITI”.

This award is named in honour of Phelim Donlon, former Drama Officer at the Arts Council and a dedicated member of the first Irish Theatre Institute (ITI) PLAYOGRAPHYIreland Advisory Panel, in acknowledgement of his valued contribution to Irish theatre.

The recipient of the 2021 award receives an ITI writer’s bursary of €2,000 and a two week fully resourced residency in Tyrone Guthrie Centre, Annaghmakerrig.

This Bursary and Residency provides a professional, produced playwright with the time, physical resources and mentoring necessary to support their writing of a new play. Recipients are selected from an annual open call to playwrights.

Further information on the award and previous recipients is available here.

Stephen is an Actor and Writer from Tallaght. Stephen began writing plays at University College Dublin. While there, he won the Irish Student Drama Association (ISDA) Award for ‘Best New Play’ two years in a row for his plays ‘A Certain Romance’ and ‘The Billy Goats of Glenview Park.’ ‘A Certain Romance’ went on to be a ‘Druid Debut’ with Druid Theatre Company at the 2008 Galway Arts Festival. Stephen graduated from UCD the following year with a M.A. in Creative Writing. His first professional play ‘From Eden’ was first staged in 2015 at Theatre Upstairs. It went on to tour to several other venues. For this play, Stephen was the recipient of the Stewart Parker Trust/BBC Northern Ireland Radio Drama Award. The play was adapted for radio by RTÉ Drama on One and has represented Ireland in several international competitions. It has won awards at the New York Radio Festival and the UK International Radio Festival as well as receiving the Judge’s Special Mention at the prestigious Grand Prix Italia festival at Capri. Stephen’s second play ‘Northern Lights’ also premiered at Theatre Upstairs. It was nominated for ‘Best New Play’ at the 2019 Irish Times Theatre Awards and the Irish Writer’s Guild ‘Zebbie’ Awards. ‘Northern Lights’ was also adapted for radio by RTÉ Drama on One and received an award at the New York Radio Festival. In mid-2020, Stephen was commissioned by RTÉ Radio One to write a short play about the Covid-19 Lockdown. ‘Adapting’ – the resulting piece was aired shortly afterwards. Both ‘From Eden’ and ‘Northern Lights’ were scheduled to be staged in November 2020 at The Peacock Theatre at The Abbey but had to be postponed due to lockdown.

Stephen is a member of Irish Theatre Institute’s Six in the Attic programme. His latest play ‘Finisterre’ was recently completed as part of a workshop programme developed in conjunction with ITI and Argentinian Playwright Javier Daulte. Stephen was recently commissioned by The Abbey Theatre as part of their ‘Engine Room’ development programme to work on his play ‘The Couple of Peace’. In 2021, he will work in association with GlassMask Theatre Company on his play ‘Summerhill’. Stephen has also been commissioned by Deadpan Productions and RTÉ to adapt ‘Northern Lights’ into a six-part series for television.