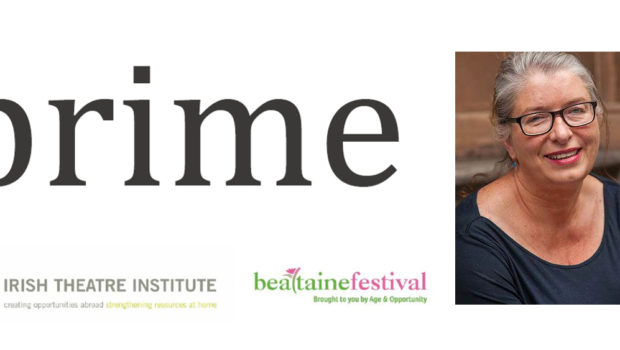 prime offers professional theatre actors the opportunity to upskill and to build on new and existing networks through a series of industry workshops, masterclasses and engagements along with physical well-being techniques. This programme is provided free of charge to participating actors (funded by the Arts Council and Age & Opportunity / Bealtaine Festival).

Open to professional actors aged 55 to 80 years, participants in this 2-day self-taping workshop can expect to learn new and to improve existing techniques, to gain confidence around the self-taping process and what it involves. Participating actors will shoot one-to-one auditions with direction and critique from Casting Director Maureen Hughes, and will view their work on a cinema screen together with evaluation and feedback. Places are limited to maximum 15 and are allocated on a first-come, first served basis.

Maureen Hughes began her career at the Druid Theatre, Galway in 1984. In 1991, she became Casting Director at the Abbey Theatre under the Artistic Directorship of Garry Hynes where she remained until 1994. She joined UK Casting Director Susie Figgis in 1996 to find the lead casting for Neil Jordan’s ’The Butcher Boy’ and subsequently went freelance in film and television casting.She has cast over 40 Irish features and 22 dramas, with credits including ‘Once’, ‘Love/Hate’, ‘Raw’ and the political biopic ‘Charlie’. Film credits include the low budget Irish film ‘Once’ which won an Oscar for Best Song in 2009 and ‘Six Shooter’ which won the Oscar for Best Live Short in 2006.  Television work includes ‘Amber’, ‘Single Handed’ – all of which have broadcast on RTE. Maureen operates out of the Bow Street Screen Acting Academy in Dublin where she is part of the team who run The Bow Street Programme for Screen Acting. She continues to work as Consultant Casting Director with Druid Theatre Company.

Part two of the prime programme consists of an intensive programme of masterclasses, ‘In Conversations with’, discussions and engagements with industry professionals across two days in late November. Focus will be on increasing networks and engaging with a community of peers as well as approaches to working comfortably and safely late into your career. Places are limited to maximum 10 and are allocated on a first-come, first served basis to actors who meet the criteria.

The prime programme, which will take place in Dublin City Centre, is subsidised by Irish Theatre Institute via Age & Opportunity/Bealtaine Festival and the Arts Council and will be provided free of charge on a first-come, first-served basis to those professional theatre actors who meet the criteria as set out below.

To participate in the prime programme eligible participants:

• Must be a professional actor for whom acting is a career

• Must be able to provide CV details of your most recent professional* acting experience including production /theatre company, director, production dates (max 1 A4 page). *Experience that is semi-professional or amateur cannot, unfortunately, be accepted.

• Must be currently available for work in the theatre sector.

• All applications will be acknowledged by email. If you apply and do not receive an email please contact us to ensure your application has reached us safely.