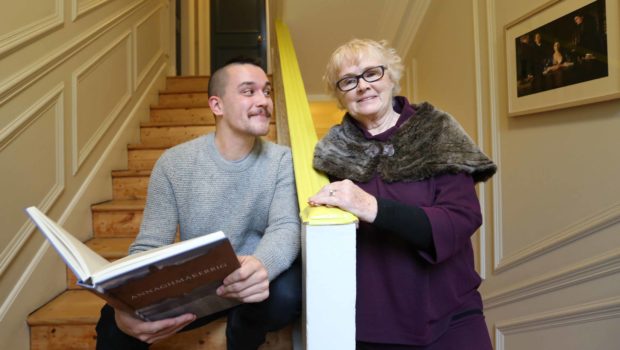 This award, inaugurated by ITI, is named in honour of Phelim Donlon, former General Manager of Irish Theatre Company, Drama Officer at the Arts Council and a dedicated member of the first Irish Theatre Institute PLAYOGRAPHYIreland Advisory Panel, in acknowledgement of his valued contribution to Irish theatre. Dr. Pat Donlon, Phelim’s wife, former Director of National Library of Ireland, and the Tyrone Guthrie Centre at Annaghmakerrig will officially present the bursary to the second recipient at an event at Irish Theatre Institute. The award provides a playwright with a two-week residency at the Tyrone Guthrie Centre, New Bliss Co. Monaghan and a €1,000 bursary.

Jane Daly, ITI’s Co-Director said that ‘this is probably one of the aspects of Irish Theatre Institute’s work of which we are most proud. Phelim Donlon was a mentor, a producer and theatre manager who supported artists throughout his career and who recognised how difficult it can be to make it in this uncertain business. We, at ITI, in collaboration with Annaghmakerrig, are delighted to support the work of emerging playwrights in Phelim’s memory and to give them support at an important time in their careers. Dylan Coburn Gray is a real talent and we are delighted to see him receive this award.

The recipient of the second Phelim Donlon Bursary, Dylan Coburn Gray is a Dublin-based writer. His work includes Boys and Girls(Dublin Fringe Festival 2013, winner of Best New Writing Award, nominated for the Stewart Parker Trust Award, subsequently toured to First Irish Theatre Festival in New York and Moscow Fringe’s Irish Week), Drawing Crosses on a Dusty Windowpane (Tiger Dublin Fringe 2015), Citysong (Lingo Spoken Word Festival 2015), Briseis After The Black and Blackcatfishmusketeer (Tiger Dublin Fringe 2016). Dylan is a collaborating writer with Malaprop Theatre, winners of the 2015 Spirit of Fringe Commission Award. He was also a recipient of an Irish Arts Council 16×16 Emerging Artist’s Bursary, as part of the 1916 Commemoration Programme. His work has won praise for its innovative use of language and playfully inventive approach to form, blurring the line between poetry and drama.

The first recipient of this award was Fiona Doyle, a Kerry-based playwright who will have new work premiered in London in 2017.