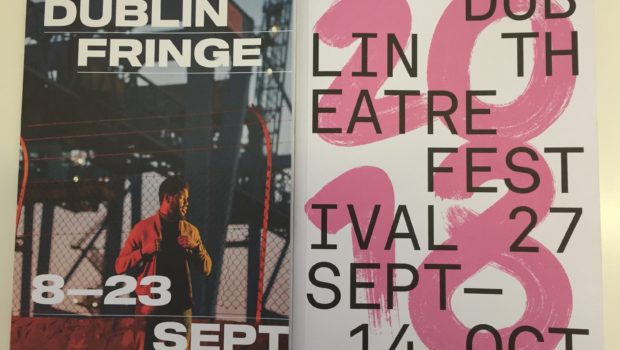 Irish Theatre Institute Six in the Attic (SITA), SITA Alumni and Show in a Bag artists have been enjoying a particularly busy season creating and performing work for both Dublin Fringe Festival and ­Dublin Theatre Festival this autumn. Through the year ITI mentors, supports and resources artists and theatre makers to develop, create and present world class new work to audiences. We are proud to see this work premiering on stages and in venues right across the city this September and October.

Everything I Do written by and performed by Zoe Ní Riordáin (SITA Alumnus)
Presented by One Two One Two
Project Arts Centre, 7th – 15th September

ITI’s Six in the Attic provides theatre artists with space, time and practical resources coupled with the mentoring and advice services needed to explore, develop and make work. Through ongoing support and mentoring ITI offers these artists expert advice on a range of topics from networking and touring, funding schemes, financial management, artistic planning, and career development. On completing the SITA cycle artists are welcomed into the SITA Alumni group, with access to ongoing mentoring and career supports, as well as project management expertise.

Show in a Bag is an artist development initiative of Dublin Fringe Festival, Fishamble: The New Play Company and Irish Theatre Institute to resource theatre makers and actors. The first Show in a Bag initiative was established in 2010 to facilitate the creation of five new small scale, tourable shows which would highlight the talents and skills of performers making work for the Dublin Fringe Festival.