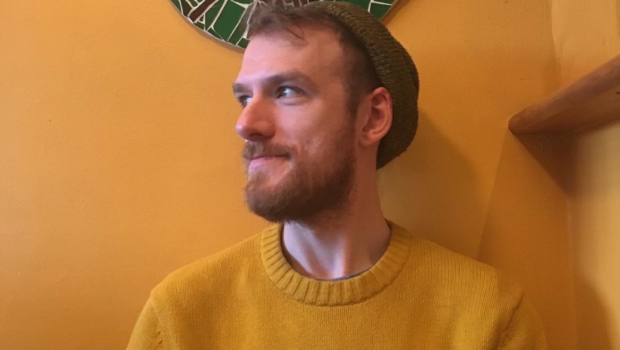 About this year’s recipient Dr. Pat Donlon said “At the end of another dark COVID year in Irish theatre it is wonderful to again be celebrating the inspiration and craft of the dramatist with the seventh Phelim Donlon Bursary. Thanks to Irish Theatre Institute and Tyrone Guthrie Centre. Bravo and loud applause for John O’Donovan from whom we expect great things.”

Siobhán Bourke, Co-Director of Irish Theatre Institute said “On behalf of ITI I would like to congratulate John on being awarded  the seventh Phelim Donlon Playwright’s Bursary & Residency. John is an immensely talented writer, with hugely successful plays and production behind him and the Award will afford John some time to reflect and develop his practice. We believe the combination of a two-week residency in Annaghmakerrig and a small bursary should enable John to deepen his writing practice and develop new work for the theatre.”

Dr. Éimear O’Connor, Director, Tyrone Guthrie Centre said “We are absolutely delighted to partner with the Irish Theatre Institute for the Phelim Donlon Award, and we very much look forward to welcoming this year’s recipient, John O’Donovan, for his residency with us in 2022.”

John O’Donovan, Playwright, 2022 Phelim Donlon Playwright’s Bursary &  Residency Award Recipient said: “I’m honoured to have been awarded the Phelim Donlon bursary; it’s no easy thing to take risks on new work – especially now when the pathway to audiences has grown more hindered than ever – so the fact that this bursary is set up specifically to sponsor and foster theatre in its earliest stage is particularly inspiring. I’m hugely grateful.”

John O’Donovan is a playwright and screenwriter. His plays include If We Got Some More Cocaine I Could Show You How I Love You (Methuen Drama), Flights and Sink (both Nick Hern Books). He is one of UCD’s inaugural Creative Fellows where he is also an occasional lecturer and is under commission for a number of new theatre and television projects.

This award is named in honour of Phelim Donlon, former Drama Officer at the Arts Council and a dedicated member of the first Irish Theatre Institute (ITI) PLAYOGRAPHYIreland Advisory Panel, in acknowledgement of his valued contribution to Irish theatre. The recipient of the 2022 award receives an ITI writer’s bursary of €2,000 and a two week fully resourced residency in Tyrone Guthrie Centre, Annaghmakerrig.

This Bursary and Residency provides a professional, produced playwright with the time, physical resources and mentoring necessary to support their writing of a new play. Recipients are selected from an annual open call to playwrights.