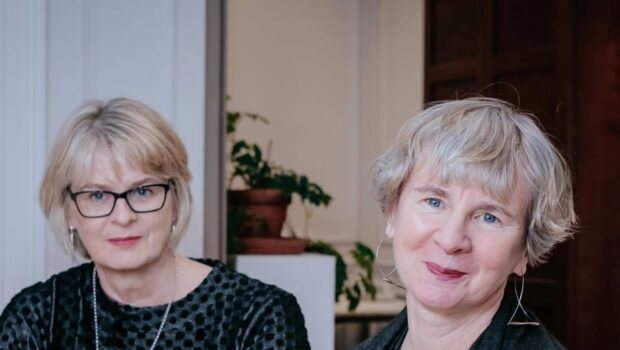 Ms Bourke and Ms Daly have overseen the development of Irish Theatre Institute from its early days as a part-time annual event (known as Theatre Shop) to a strategically funded Arts Council funded resource organisation with a national remit, an international reach and a community of artists based in its home in the heart of Temple Bar.

Ms Bourke and Ms Daly will finish up at the end of 2021 and have agreed with the Board to manage a handover period with the new Director. The recruitment of the person to lead ITI over the next five years will commence immediately.

“Irish Theatre Institute (ITI), under the leadership of Jane Daly and Siobhán Bourke (founder Theatre Shop 1994), has transformed the landscape for theatre in Ireland over the last two decades. Jane and Siobhán built ITI, as a way of realising their vision for a strong, professional, connected, theatre sector and ITI is now a vital part of Ireland’s professional arts infrastructure. Countless numbers of actors, writers and directors, and many others besides, have benefitted from the expertise, resources, support, and networks that ITI offers, and our sector is indebted to Jane and Siobhán for their relentless commitment to artists and to improving the status of artists in Irish society. As we now embark on the challenge of finding a new Director to lead ITI in the next exciting phase of our development, we send our heartfelt thanks, admiration, and appreciation to Jane and Siobhán and wish them every success in the years ahead”.

Commenting on their time at Irish Theatre Institute Jane and Siobhán said:

“It has been an enormous professional and personal pleasure to work on developing ITI as a resource for artists and the artform alongside my colleague and friend Siobhan Bourke. Having started in the business at the same time (1984) our paths ran in parallel for many years but the confluence of our career journey led to the creation of what we believe to be an integral part of the theatre infrastructure in Ireland which supports artists to make the best work they can, which champions Irish theatre at home and abroad and has given us a position from which we can lead and develop important policy shifts for our sector. Leaving ITI will be a huge wrench but, in true theatrical terms, I believe it is time to exit stage left, and let another player take on this important and hugely satisfying role”.

“It has been a joy to work with Jane over the past 20 years as we job shared the role of ITI director.  From the beginning we had a shared vision for ITI and as friends and colleagues have had the privilege and honour to build the organisation from its early days in international networking and information provision, through to creating Playography and rebranding as ITI. It was the move to ITI’s new home in Temple Bar in 2007 that consolidated the organisation and led in recent years to very rewarding and strong focus on artists supports.  At this point, ITI has endured a crippling recession and a global pandemic yet has survived to firmly position itself as a leading resource organisation for Irish theatre.  I am really looking forward to seeing where the next director and team take the organisation in its next phase”.

Privilege to work with artists

“Having retained our freelance roles across the past 20 years while job-sharing the role of ITI Director, we have always been committed to supporting artists and theatre makers in what is a precarious but enormously rewarding business. The wealth of talent and creativity among artists that we have been in a position to support since 2000 has been the most gratifying experience. Nurturing careers, watching artists grow and develop, introducing programmes such as Six in the Attic, prime, Phelim Donlon Bursary, Accelerate and Elevator and partnering on Show in a Bag among others has brought us great satisfaction and we both know we will continue to work with artists in our future freelance careers”.

“ITI has had the most amazing staff and contributors past and present and it’s been a privilege to work alongside them over the past 20 year on the delivery of our programmes and supports. Each of our colleagues is committed to  ITI and shared our pure delight in plays, shows, theatre making and we all have an appreciation of the artist at the heart of the work. Each and everyone of our colleagues added exponential value to the development of ITI. We have watched many take on key roles in the theatre/arts/ culture sectors post-ITI and feel very proud to have worked alongside them. We feel sure that our current talented team will also grow and develop into leading arts professionals over the coming years, and it has been a pleasure to have played a part in their career development”.

Our board and founding patrons

“We would really like to acknowledge the invaluable guidance and support we received from our founding patrons, board members, past and present, and in particular would like to give heartfelt and sincere thanks to Catriona Crowe and Damian Downes both of whom have been steadfast in their commitment to ITI and collegiate in their leadership”.

Our supporters and colleagues

“As Co-Directors of ITI we’ve been fortunate to have had very strong relationships with our funding partners and their staff including:  The Arts Council, Dept of TCAGS&M and Culture Ireland. We’ve also worked with a huge community of international colleagues over the last 28 years on Information Toolbox and International Theatre eXchange and closer to home we’ve enjoyed very fruitful partnerships with Fishamble: The New Play Company, Dublin Fringe Festival, Dublin Theatre Festival, Age and Opportunity, Dublin City Arts Office, Galway County Council Arts Office, Town Hall Theatre, Foras na Gaeilge and Temple Bar Cultural Trust.  And finally, we would like to thank our fellow arts managers and producers round the island in sister resource organisations, arts centres, production companies and festivals for their lively engagement with our work.”

Siobhán and Jane’s biog information can be found here.

Information regarding recruitment of a new director can be found here.