SIX IN THE ATTIC GEARING UP FOR FESTIVAL SEASON 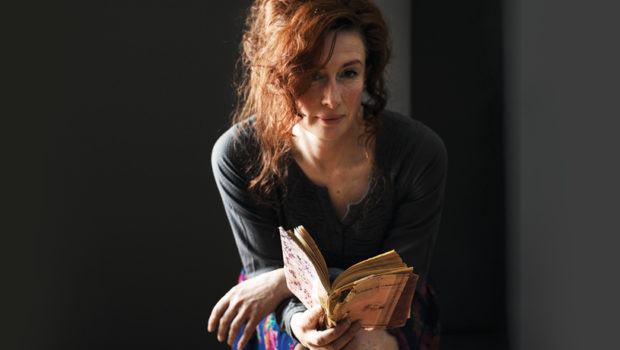 The Attic @17 Eustace St. is buzzing with tremendous creative energy at present, with lots of exciting new projects getting ready to premiere at Tiger Dublin Fringe, Dublin Theatre Festival and beyond.

Our SITA artists once again feature prominently across the TIGER DUBLIN FRINGE programme. We are thrilled to see Caitríona Ní Mhurchú’s bilingual production evocatively titled Eating Seals and Seagulls’ Eggs, premiering in Project Arts Centre. Conor Hanrattywill be returning from the other side of the Atlantic to direct Ulysses Opera Theatre’s HARP | A River Cantata on the Samuel Beckett Bridge. Stephen Dodd will be designing The Company’s new show The Rest is Action, following his recent engagement with Druid during Galway International Arts Festival. Gina Moxley will don her directing cap once again for Rough Magic’s Fringe production, How to Keep an Alien, by Sonya Kelly; while Amy Conroy can be seen in a red nose interpretation of Bernarda’s House directed by Veronica Coburn. Our faithful alumni Raymond Keane and Sarah-Jane Scaife are expected to wow Dublin audiences once again with Samuel Beckett’s Fizzles; Beckett in the City.

The DUBLIN THEATRE FESTIVAL also reveals the creativity of the Six in the Attic hub, with two of our artists presenting shows ‘In Development’-  Phillip McMahon will present a new musical, I’m Your Man, with Mark Palmer; while Amy Conroy represents HotForTheatre with her new  work in progress, Luck Just Kissed You Hello. Two of our talented gang, Una McKevitt and Gina Moxley, will join acting forces in Pan Pan’s new show The Seagull and Other Birds; and our former Sixers, ANU Productions, will be presenting the final part of their multi-award winning Monto Cycle, Vardo.

Outside of the Dublin festivals, Mark Cantan will be making his mark on London in August as Jezebel for Rough Magic continues its tour to the Soho Theatre. Una McKevitt is also seeing great success with her production, Singlehood, which is opening in Dublin’s Olympia Theatre in September. The Six in the Attic programme has produced lots of exciting new writing over the years and we are particularly thrilled about Paul Curley’s new show for young audiences, Bake!,which will be touring to The Ark, the Riverbank Arts Centre, Newbridge, and Draíocht Arts Centre, Blanchardstown this September. We will also have very exciting news from Elaine Murphyand Noelle Brown later in the year… watch this space. In the meantime, Noelle can be seen in Bewley’s World Premiere of The Importance of Being Honest.

Meanwhile, we would like to wish the best of luck to Caitríona, Ginaand Stephen who are travelling with the Irish contingent to Edinburgh with Dead Centre’s Lippy at the Traverse for August.