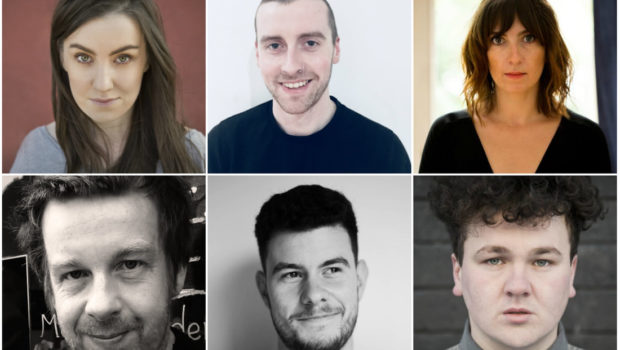 The Stewart Parker Trust Shortlist for 2017 is:

Autumn Royal by Kevin Barry
Say Nothin’ to No One by Thommas Kane Byrne
The Half of It by Karen Cogan
Happy Birthday, Jacob by Michael Marshall
Charlie’s A Clepto by Clare Monnelly
The Water Orchard by Eoghan Quinn

The Stewart Parker Trust Awards will take place on April 17, 2018 at The Lyric Theatre, Belfast in a reception hosted by BBC Northern Ireland.

​For more information about the shortlisted playwrights please click here.