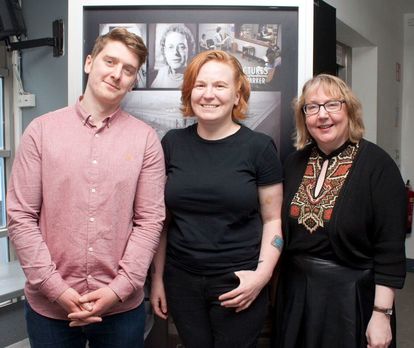 The Stewart Parker Trust Awards ’16 were announced at the Project Arts Centre today.

The New Playwright Bursary was awarded to Una McKevitt for Alien Documentary.

The Stewart Parker Trust Shortlist for 2016 was:

A Sinkhole in Guatemala by Sarah Gordon

Helen and I by Meadhbh McHugh

Well done to all nominated and many congratulations to the winners!