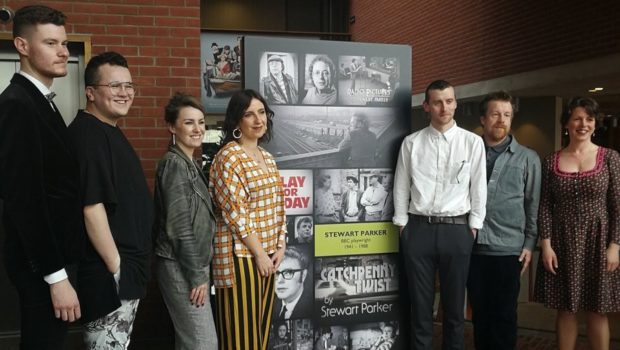 The Stewart Parker Trust Awards ’17 were announced at the Lyric Theatre today.

The New Playwright Bursary was awarded to Karen Cogan for The Half of It.

The Stewart Parker Trust Shortlist for 2017 was:

Autumn Royal by Kevin Barry
Say Nothin’ to No One by Thommas Kane Byrne
The Half of It by Karen Cogan
Happy Birthday, Jacob by Michael Marshall
Charlie’s A Clepto by Clare Monnelly
The Water Orchard by Eoghan Quinn

​For more information about the shortlisted playwrights please click here.

Well done to all nominated and many congratulations to the winners!