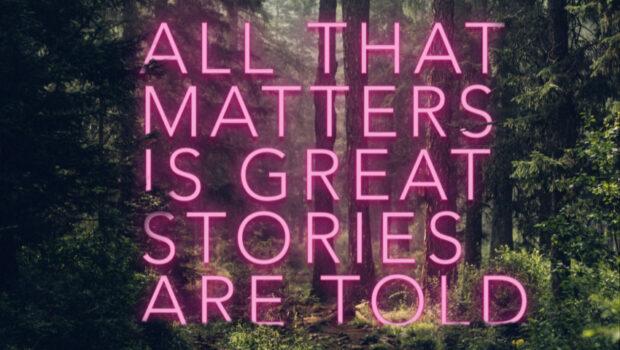 Irish Theatre Institute is delighted to host the Dublin workshop for the Verity Bargate Award 2020.

The workshop will be facilitated by playwright Dylan Coburn Gray, winner of the 2017 Verity Bargate Award for Citysong.

The workshop introduces new writers from around the UK and Ireland to Soho Theatre, providing information about the scope of our programme, our three theatre spaces and what storytelling and theatricality means to us. Writers will learn about the Verity Bargate Award: what is it like reading for a competition; what Soho Theatre looks for; what are some of the best ways to catch a reader’s eye among 1000 scripts. It will also provide an opportunity for writers to think about form and content – how they speak to each other and how metaphor bolsters that relationship. Finally, it will seek to address what radical storytelling is. How do you tap into those stories and ideas that genuinely change the way audiences look at the world?

Attendance at workshops are free.

As places are limited please RSVP to vbadublin@gmail.com if you are interested in attending.

WHAT IS THE VERITY BARGATE AWARD:

The search is on. Soho Theatre and Character 7, producer of The Night Manager, are looking for extraordinary plays from extraordinary new voices. The Verity Bargate Award is Soho Theatre’s flagship new-writing award with the winning play produced in a full production on our stages.

It doesn’t matter how old you are, where you’re from or what you do. If you’ve never written before, that’s fine by us. What matters is that great stories are told – human, inspiring and urgent stories which can only exist in this moment.

For almost 50 years, Soho Theatre has championed new writing. Since 1982, the Verity Bargate Award, Soho Theatre’s playwriting award, has uncovered the best new and emerging writers. It has launched the careers of some of Britain’s most established playwrights and screenwriters including Matt Charman (Bridge of Spies), Vicky Jones (Touch at Soho Theatre), Toby Whithouse (Doctor Who) and many, many more.

The winner receives £7,500 in respect of an exclusive option for Soho Theatre to produce the play.

The Verity Bargate Award is open to any playwright who has had fewer than three professional productions and who lives in the UK or Ireland. There are no restrictions on subject matter. Musicals and other forms of theatre are welcome but will only be judged on the text that is submitted.

HOW DO I APPLY?

Applicants must submit one unproduced, unpublished full-length play (no shorter than 60 minutes). Please email submissions, along with contact details and a CV detailing all works produced to vba@sohotheatre.com between The window for submissions opens on Wednesday 20th November 2019 with a deadline for submissions at 12 noon on Friday 20th December 2019.