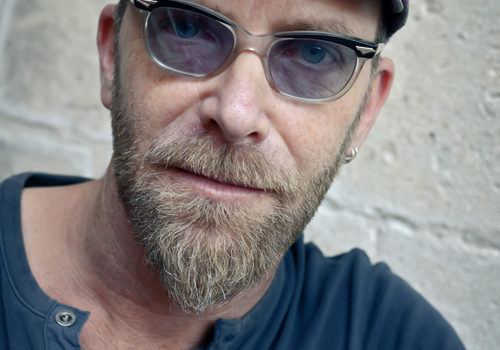 Since its creation in 1962, World Theatre Day is celebrated on March 27th and represents for the Theatre community all over the world an occasion to underscore the diversity of this art form and to promote its impact on our contemporary societies.

The International Theatre Institute marks this global occasion each year by inviting a renowned theatre artist to write an international message. This message is translated into more than 20 languages and released throughout the ITI network (more than 90 ITI Centres and numerous Cooperating Members) and theatre organizations worldwide.

Wherever there is human society, the irrepressible Spirit of Performance manifests.

Under trees in tiny villages, and on high tech stages in global metropolis; in school halls and in fields and in temples; in slums, in urban plazas, community centres and inner-city basements, people are drawn together to commune in the ephemeral theatrical worlds that we create to express our human complexity, our diversity, our vulnerability, in living flesh, and breath, and voice.

We gather to weep and to remember; to l08h and to contemplate; to learn and to affirm and to imagine. To wonder at technical dexterity, and to incarnate gods. To catch our collective breath at our capacity for beauty and compassion and monstrosity. We come to be energized, and to be empowered. To celebrate the wealth of our various cultures, and to dissolve the boundaries that divide us.

Wherever there is human society, the irrepressible Spirit of Performance manifests. Born of community, it wears the masks and the costumes of our varied traditions. It harnesses our languages and rhythms and gestures, and clears a space in our midst.

And we, the artists that work with this ancient spirit, feel compelled to channel it through our hearts, our ideas and our bodies to reveal our realities in all their mundanity and glittering mystery.

But, in this era in which so many millions are struggling to survive, are suffering under oppressive regimes and predatory capitalism, are fleeing conflict and hardship; in which our privacy is invaded by secret services and our words are censored by intrusive governments; in which forests are being annihilated, species exterminated, and oceans poisoned: what do we feel compelled to reveal?

In this world of unequal power, in which various hegemonic orders try to convince us that one nation, one race, one gender, one sexual preference, one religion, one ideology, one cultural framework is superior to all others, is it really defensible to insist that the arts should be unshackled from social agendas?

Are we, the artists of arenas and stages, conforming to the sanitized demands of the market, or seizing the power that we have: to clear a space in the hearts and minds of society, to gather people around us, to inspire, enchant and inform, and to create a world of hope and open-hearted collaboration?

Brett Bailey is a South African playwright, designer, director, installation maker and the artistic director of THIRD WORLD BUNFIGHT. He has worked throughout South Africa, in Zimbabwe, Uganda, Haiti, the Democratic Republic of Congo, the UK and Europe.

His acclaimed iconoclastic dramas, which interrogate the dynamics of the post-colonial world, include BIG DADA, IPI ZOMBI, iMUMBO JUMBO, medEia and ORFEUS. His performance installations include EXHIBITs A & B.

His works have played across Europe, Australia and Africa, and have won several awards, including a gold medal for design at the Prague Quadrennial (2007). He headed the jury of the Prague Quadrennial in 2011, and was a juror of the International Theatre Institute’s ‘Music Theatre Now’ competition in March 2013.

He directed the opening show at the World Summit on Arts and Culture in Johannesburg (2009), and from 2006-2009 the opening shows at the Harare International Festival of the Arts. From 2008-2011 he was curator of South Africa’s only public arts festival, ‘Infecting the City’, in Cape Town. In 2014 he will deliver the International Theatre Institute’s World Theatre Day message to UNESCO.