Taking place every four years, Prague Quadrennial is the key international event for theatre designers in areas of set, costume, lighting, sound, make-up, video and prop-making. Irish Theatre Institute was the producer and co-ordinator of Ireland’s first ever participation at the Prague Quadrennial Exhibition of Scenography and Theatre Architecture in 2007.

The theme of Ireland’s National Exhibition was Firing the Canon; Masterworks revisited in modern Ireland. This National Exhibition showed how new approaches in scenography have influenced the re-staging of the Irish and European classical repertoire. It featured the work of over 25 designers from Ireland and Irish designers based abroad who work in stage, costume, make-up, lighting and sound design across the artforms of theatre, opera and dance.

Ireland’s changing population and the growth of new and diverse communities across the country have given rise to more cultural activities and the need to construct new venues in which to house them. This was the genesis for Ireland’s exhibition in the Theatre Architecture section of PQ 07. Taking the theme, Small is Beautiful, this focused on two small-scale theatres constructed in Ireland in the last four years which have been incorporated into multi-functional developments: Solstice Arts Centre, Navan, Co. Meath, designed by Grafton Architects, and The Source Arts Centre, Thurles, Co. Tipperary, designed by McCullough Mulvin Architects. This exhibition also highlighted a unique 100 room venue designed by Andrew Clancy for Pan Pan’s production of One – healing with theatre.

Ireland’s participation in the Prague Quadrennial proved to be a valuable opportunity to promote and develop the profile internationally of Irish design for performance. 21 professional designers, 10 students and 2 photographers whose work was presented in the Irish exhibit were awarded travel grants by Irish Theatre Institute to attend the event and at least another 10 designers and students traveled to Prague over the course of the exhibition. In PQ they had the opportunity to see international design of the highest standards, meet other practicing professionals and students, take workshops, attend talks and lectures and see a wide variety of performances throughout the city.

In 2011, with the support of the Arts Council and Culture Ireland, ITI managed a travel subsidy awarded to 20 emerging and established Irish designers to visit Prague Quadrennial 2011 (PQ11).

In 2015, ITI again managed a Travel subsidy awarded by The Arts Council under its Travel and Training Award. Following an open call, 14 emerging and established Irish theatre designers received support to attend Prague Quadrennial 2015 (PQ15). To coincide with the event, Irish Theatre Institute launched a specialist microsite, an online portfolio of design for stage & screen in Ireland over the years 2007 – 2014. See here for more details. 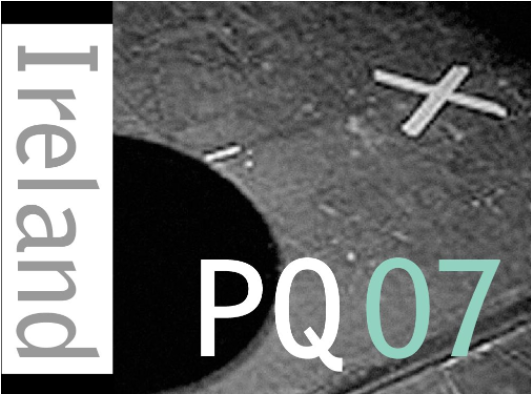 The Irish Society of Stage and Screen Designers celebrates the work of designers living and working in Ireland in theatre, television and film production. It is a professional organisation run by designers for designers. ISSSD acts as a hub for information sharing and communication between these professionals in both a national and international forum as the principal representative body of stage and screen designers in Ireland.

Stage and screen designers living and working in Ireland have consistently voiced the need for support from an organisation dedicated to their interests. ISSSD now offers that support.

Through the auspices of the Irish Theatre Institute, ISSSD has had access to a breadth of knowledge and experience crucial to the firm foundation of the society. ITI’s continuing support, coupled with that of our expanding membership, will undoubtedly prove a major asset to ISSSD in achieving its stated goals and developing further initiatives in the future. Visit the ISSSD website here to learn more and to keep up to date.